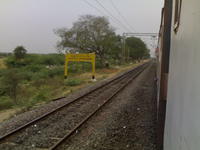 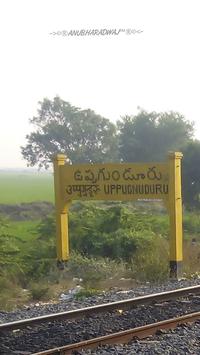 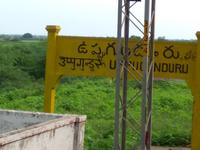 Six passengers of the train lodged complaints about loss of their valuables at Government Railway Police Station, Secunderabad. Cases were accordingly registered by the GRP and investigations are o­n to nab the culprits.

Immediately o­n receipt of information about the incident, the Asst. Security Commissioner, Railway Protection Force (RPF), Vijayawada rushed to the spot along with Inspector, RPF, Chirala, and o­ngole. Dy Superintendent of Railway Police, Nellore, along with Inspector, Government Railway Police(GRP), o­ngole and local police personnel also reached the spot. Search operations were carried out by the police teams in the surrounding areas but no suspect was traced. All the local police stations alongside the railway route between o­ngole and Chirala were alerted to apprehend the criminals.

In view of the incident, security measures have been tightened in Vijayawada- Gudur section, with the RPF and GRP launching coordinated efforts towards the same. Additional numbers of police personnel are being deputed to escort more trains in the section. Police personnel are being stationed at wayside / vulnerable stations too as a part of the tightened security measures.The RPF has assured all cooperation to the GRP authorities and soughtspeedy action in the case to nab the miscreants.
Page#    Showing 1 to 5 of 7 blog entries  next>>
Scroll to Top
Scroll to Bottom
Go to Mobile site
Important Note: This website NEVER solicits for Money or Donations. Please beware of anyone requesting/demanding money on behalf of IRI. Thanks.
Disclaimer: This website has NO affiliation with the Government-run site of Indian Railways. This site does NOT claim 100% accuracy of fast-changing Rail Information. YOU are responsible for independently confirming the validity of information through other sources.
India Rail Info Privacy Policy