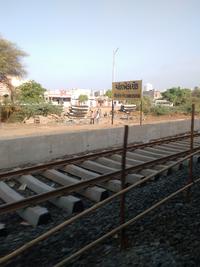 Page#    Showing 1 to 1 of 1 News Items
May 04 2016 (22:15) PUNCH-NAMA-Woman kills self on railway tracks (epaperbeta.timesofindia.com)
Crime/Accidents
WR/Western
News Entry# 266741      Past Edits
May 04 2016 (10:15PM)
Station Tag: Chandkhera Road/CDK added by Karthik Iyer^~/248735
Stations:  Chandkhera Road/CDK
Posted by: Karthik.iyer27^~ 2819 news posts
Woman kills self on railway tracks
A 37-year old woman committed suicide on railway tracks near Chandkeda. According to Chandkheda police, body of Bindiya Dave, 37, a resident of Rajeshwari Row House, Chandkheda, was found from near Uma Bhavani railway crossing at 9.35 pm on May 1. Police are yet to ascertain the reason behind her suicide.
After quarrel with family, man ends life:
A...
more...
42-year old man committed suicide at his residence by consuming poison. According to Chandkheda police, Deepak Parmar, 42, a resident of Mena Park, had consumed poison at his residence at 1 pm on April 28 after a scuffle with family members.He was admitted to a private hospital where he died during treatment at 8.20 pm on May 2. Police have registered a case of accidental death.
Page#    Showing 1 to 1 of 1 News Items
Scroll to Top
Scroll to Bottom
Go to Mobile site
Important Note: This website NEVER solicits for Money or Donations. Please beware of anyone requesting/demanding money on behalf of IRI. Thanks.
Disclaimer: This website has NO affiliation with the Government-run site of Indian Railways. This site does NOT claim 100% accuracy of fast-changing Rail Information. YOU are responsible for independently confirming the validity of information through other sources.
India Rail Info Privacy Policy