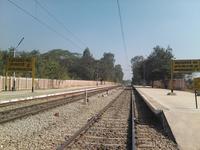 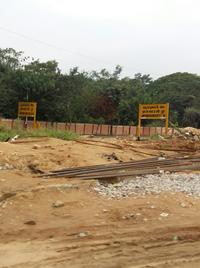 I have been seeing this train for many years now. My earliest memory of this train was when it was just running up to Bengaluru. Some time in the mid 2000s, it got extended to Mysuru. Back then, it was a relatively short rake of about 20-21 coaches, hauled by a single ALCo from Mysuru to Secunderabad (later Kacheguda). When I started actively capturing train videos by 2012-13; this train's length had increased; being well patronized, it gradually went up to 24 coaches long, with a whopping 9 AC Coaches and 10 Non-AC Sleepers. Like many NWR Trains, the AC and Non-AC segments were separated by the Pantry Car.

While...
more...
many trains' links switched to EMDs from Twin ALCOs in the recent years (Karnataka Exp being the most prominent of them all); this train still hung on to its twins; mostly from Moulali (MLY) or Kazipet (KZJ). But with the completion of electrification between Guntakal & Bengaluru, along with the Mysuru - Bengaluru section; many a train was proposed for traction change from Diesel to Electric. Eventually, this also fell prey.

Initially I didn't have plans to capture this at 2 places. But in the first spot at Mysuru rd, it came slightly ahead of time, so given that I had enough time in hand, I quickly looked up a spot on Google Maps and rushed there by road. In the meantime, this train had a leisurely 45 min halt at KSR Bengaluru, having reached there 25 mins before time. I reached the 2nd spot in the Channasandra - Yelahanka section with time to spare.

Video - click here
Page#    Showing 1 to 5 of 54 blog entries  next>>
Scroll to Top
Scroll to Bottom
Go to Mobile site
Important Note: This website NEVER solicits for Money or Donations. Please beware of anyone requesting/demanding money on behalf of IRI. Thanks.
Disclaimer: This website has NO affiliation with the Government-run site of Indian Railways. This site does NOT claim 100% accuracy of fast-changing Rail Information. YOU are responsible for independently confirming the validity of information through other sources.
India Rail Info Privacy Policy