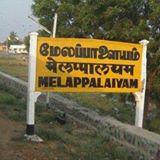 Melappalaiyam (MP):  Paucity of funds has affected execution of development works at railway stations as well as other railway works in a big way, General Manager of Southern Railway Rakesh Misra has said.
After inaugurating the work on converting Melapalayam railway station in Palayamkottai into a crossing station on Wednesday, Mr.Misra said the Southern Railway which received Rs.1,100 crore during the last fiscal for various works such as track doubling, gauge conversion and railway station development had been allotted only Rs.560 crore this year. The drastic reduction in fund allocation was due to the huge salary bills necessitated by the implementation of the Sixth Pay Commission recommendations and the fuel price hike.
“We’ve...
more...
to be extremely careful in identifying and executing works with this year’s allocation,” Mr.Misra noted.
On the completion of Madurai-Kanyakumari electrification work, he said train operation using electricity would commence on this track within the next three to six months.
As Melapalayam station does not have a raised platform, a removable ladder was fixed to the coach to enable Mr.Mishra to get down from his inspection car without difficulty.
Divisional Railway Manager (Thiruvananthapuram) Rajesh Agrawal and Tirunelveli MP S.S. Ramasubbu accompanied Mr.Misra, who also inspected Nanguneri and Valliyoor stations, and inaugurated waiting halls there.
Crossing stations
Later laying the foundation stone for the construction of two crossing stations at Nagercoil town railway station, Mr.Mishra said Kanyakumari and Tirunelveli stations would not be transferred to Madurai division from Thiruvananthapuram division. Regarding the operation of Nagercoil–Bangalore Daily Express, he said the decision would be taken by the South-Central Railway authorities.
Asked about the demand for extending Tiruchi–Tirunelveli Intercity Express to Kanyakumari, Mr.Mishra said the decision would be taken by the Railway Ministry.
Lok Sabha member J. Helen Davidson and Collector S. Nagarajan accompanied the General Manager.
Earlier, he inspected the infrastructure facilities at various stations such as Aralvoimozhi, Thovalai, Nagercoil town, Nagercoil junction and Kanyakumari.
20435 views
Dec 05 2013 (15:28)MSRINIVASANME~   4761 blog posts
Re# 926008-1
@926008-0  @Jayashree^
Nagercoil-Bangalore daily expresses have to be operated between SOUTHERN RAILWAY AND SOUTH WESTERN RAILWAY.But decision have to be taken by the South Central Railway.How is it possible to operate by SCR zonal decision ?SCR does not in mood to operate this train and they are operating more and more specials with in the Andhra State.Moreover Thiruvananthapuram division also neglect this train operation since it does not run through Kerala.
19893 views
Agree: 1
Dec 05 2013 (16:58)
Vinay Bharadwaj
Vinay_Mysuru^~   7406 blog posts
Re# 926008-2
@926008-1  @MSRINIVASANME~
SBC-NCJ will have RSA with Seshadri express that belongs to SCR. Timings and running operations will be done by SR/SWR but rakes has to be provided by SCR.
Dec 01 2013 (10:47) நெல்லை – நாகர்கோவில் இடையே 5 ரெயில் நிலையங்களில் மேம்பாட்டு பணிகள் திருவனந்தபுரம் கோட்ட மேலாளர் ராஜேஷ் அகர்வால் ஆய்வு | Daily Thanthi (www.dailythanthi.com)
New Facilities/Technology
SR/Southern
News Entry# 158729      Past Edits
Dec 01 2013 (12:29PM)
Station Tag: Melappalaiyam/MP added by moderator**/12

Tiruvanandhapuram Divisional Manager inspects development works in 5 ( Vadakku Panakudi,Valliyoor,Nangunery,Sengulam and Melappalayam) rail stations between Nagercoil-Tirunelveli line. He informed Melappalayam rail station becomes crossing station soon after laying of additional lines which are in progress.
Page#    Showing 1 to 2 of 2 News Items
Scroll to Top
Scroll to Bottom
Go to Mobile site
Important Note: This website NEVER solicits for Money or Donations. Please beware of anyone requesting/demanding money on behalf of IRI. Thanks.
Disclaimer: This website has NO affiliation with the Government-run site of Indian Railways. This site does NOT claim 100% accuracy of fast-changing Rail Information. YOU are responsible for independently confirming the validity of information through other sources.
India Rail Info Privacy Policy