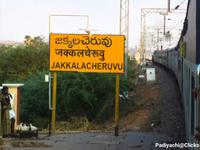 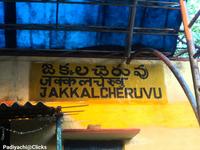 Aug 27 2019 (04:25)
Station Tag: Gooty Junction/GY added by 12649⭐️ KSK ⭐️12650^~/1203948
Stations:  Gooty Junction/GY   Jakkalacheruvu/JKO
Posted by: Yash M^~ 4129 news posts
TIRUPATI: In a bizarre incident, an intermediate student was pushed off from a moving train near Jakkala cheruvu railway station in Gooty mandal of Anantapur district in Andhra Pradesh on Monday. According to the railway police, Niranjan Reddy - a native of Tadipatri- who was pursuing intermediate second year at a private college in Vijayawada was returning back home in an express train heading from Vijayawada to Dharmavaram. Though Niranjan Reddy who fell asleep failed to get down at Tadipatri. And when he was trying to get off the train which was moving at a slow pace at the Jakkala cheruvu railway station, some unidentified miscreants pushed him off the moving train. Niranjan Reddy broke both his legs in the incident. He was immediately rushed to the government hospital at Gooty for first-aid and later shifted to the government general hospital at Kurnool for better medical care. The railway police have...
more...
registered a case and have laid a hunt for the accused.
Page#    Showing 1 to 1 of 1 News Items
Scroll to Top
Scroll to Bottom
Go to Mobile site
Important Note: This website NEVER solicits for Money or Donations. Please beware of anyone requesting/demanding money on behalf of IRI. Thanks.
Disclaimer: This website has NO affiliation with the Government-run site of Indian Railways. This site does NOT claim 100% accuracy of fast-changing Rail Information. YOU are responsible for independently confirming the validity of information through other sources.
India Rail Info Privacy Policy